Happy Monday! I hope everyone had a great weekend.

Most of mine consisted of sitting on the couch and watching recorded programs.

Friday, we got our early shipment of Lady Antebellum CD's......... To say I was excited was an understatement. I've already listened to the full album twice and am working on a third. 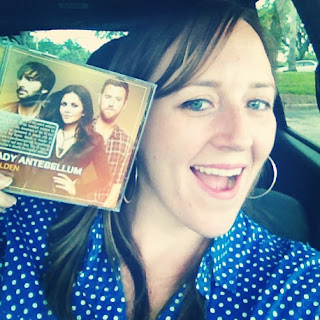 After being a lazy bum on Saturday, I did attend two parties. First, a Derby party.....

Coworker M and I at our other coworkers' house. The hostess had these cute little Derby horseshoe pins made for everyone to wear. 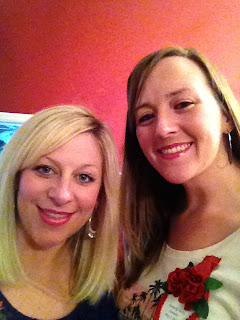 I left that party and headed to a Cinco De Mayo party hosted by another coworker. Please note that both of these were under-the-radar parties. Which was super fun to try to explain to the coworkers that were at one party but didn't know about the other why I was leaving early or arriving late. There was me and one other person invited to both, so we both were playing that game. Also, keep in mind, both hosts are great friends and planned said individual parties prior to inviting each other. It was actually quite comical and I made note that they really needed to plan better, lol. 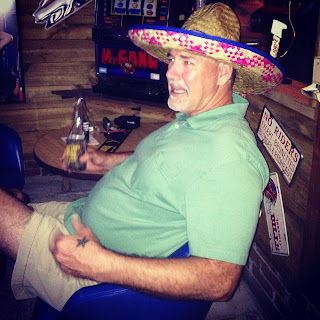 M and I enjoying a frosty beverage.... 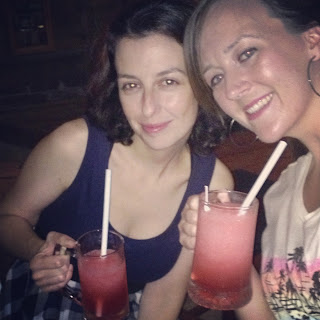 So, during the Cinco party, FD and I ended up having a yelling match.

As C put it, "The two of you really have a Love/Hate relationship going on. One day, you will be the best of friends and then the next day, you are going at it like cats and dogs."

It isn't quite that way, but there is a little truth to what he said. Basically, we get along just fine.... famously, in fact. Then, something happens that usually pisses me off and I call him on it. But, I'm the only one of our group of friends that will call him out..... everyone else gets annoyed with him, they just don't care enough to say anything.
BTW..... during said yelling match, he said he wasn't sure if he wanted to ever get married to BSG (to which I called BS because you don't date someone at his age for that long and not know), but that he doesn't want to get married right now, so it's fine. Until she gets tired of you deciding.